Miracle League wraps up with year-end donations at banquet 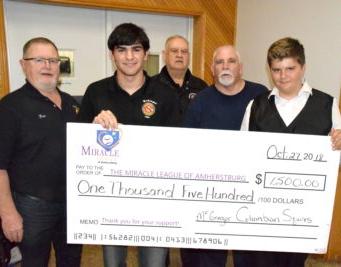 The tenth anniversary season for the Miracle League of Amherstburg is now in the books.

The Miracle League held a year-end banquet Saturday afternoon at the Knights of Columbus Hall in McGregor where teams, coaches, parents and volunteers were welcomed for a meal, a dance and some fun.

One of the highlights was the playing of a new video from Mitch Bouchard of Red Cape Films. The new video showed action at the Miracle League of Amherstburg as well as testimonials from board members, players and parents.

“We’re always looking for opportunities to let other families know we exist,” said Michele Vigneux, a Miracle League parent and board member.

Individual volunteers are welcome as are businesses that wish to come out to help.

Ulric Renaud, a counsellor with the McGregor Columbian Squires, said the Miracle League was an organization they wanted to help out.

“I think it’s a good organization,” said Renaud. “I talked to the kids about it. It’s in our own community.”

The Squires have about 26 members currently, a number that is somewhat lower than what they are used to, but the youth group is seeking new members. They are sponsored through McGregor Knights of Columbus #2844.

For more on the Miracle League of Amherstburg, visit their website at www.amherstburgmiracle.com or check out their Facebook page. 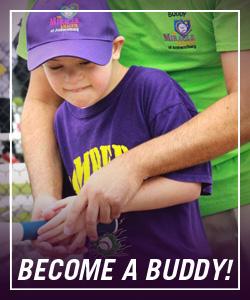 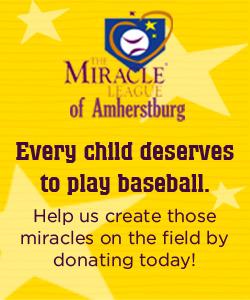