are mentally or physically challenged, you might call it touching.  If you were to see them play, you would call it a

In 1997 Atlanta Georgia’s Rockdale Youth Baseball Association’s Coach Eddie Bagwell invited the first child with a disability to play baseball on his team. Michael a 7 year old child in a wheel chair attended every game and practice, while cheering on his 5 year old brother playing his favorite past time. In 1998, other individuals with disabilities were invited to play baseball on a typical baseball field within the baseball complex of the Rockdale Youth Baseball Association (RYBA). The players had expressed the desire to dress in uniforms, make plays in the field, and round the bases just like their main stream peers. The league began with 35 players on four teams that first year.   There were no programs to copy. It was decided that:

Every player bats once each inning

All players are safe on base

Community children and volunteers serve as ‘buddies’ to assist the players

Each team and each player wins every game

The main concern was the playing surface presenting potential safety hazards for players in wheelchairs or walkers.

By the spring 1999 season, the league gained support and became a source of pride for all involved as participation grew to over 50 players. During that season, the magnitude of the need for such a program was recognized. It was learned that there are over 75,000 plus children in Metro Atlanta alone with disabilities, most not being able to participate in team sports. That is when the dream of building a unique baseball complex for these special players was conceived. The Miracle League was formed and became a reality so that all individuals could have the chance to play baseball.

In 2009 with the help of community volunteers, corporations, Federal and Provincial Government, the design and construction of the first in Canada, Amherstburg Miracle League complex was underway. The complex would include a custom-designed field with a cushioned rubberized surface to help prevent injuries, wheelchair accessible dugouts, and a completely flat surface to eliminate any barriers to wheelchair-bound or visually impaired players. In addition, accessible restrooms, concession stand, and picnic pavilion where included in the plans.

The first of its kind in Canada, the Miracle League of Amherstburg  began play on September 18th 2011.  The Miracle League complex was completed in the following year. On opening day, the Miracle League rosters had grown to over 75 players. The players raced around the bases and chatted with their teammates in the dugouts as they celebrated. The Miracle League is about making new friends, building self-esteem and being treated like others. The players’ enthusiasm has continued to grow. By spring, 2013, over 140 players filled the Amherstburg Miracle League rosters. The parents tell stories of their children insisting on playing despite bouts with kidney ailments , broken bones, and recent hospitalizations, and of course the weather. The thrill of playing, the cheers from the stands, and the friendships they develop make the Miracle League Field an oasis away from their everyday battles. Our umpires describe this as the only league where no one ever gets mad at him or her.  “Buddies” assist Miracle League players. These buddies are mainstream children who play baseball, local youth church groups, boys and girls scouts to mention a few. As a result the parents, children and volunteers are all brought together – special needs and mainstream alike-in a program, which serves them all through service to players with special needs. The program is opened to individuals from any community.

Miracle League has received local and national media attention in both Canada and the United States. The league has been chronicled in the newspaper and on television and radio, locally on CTV, CKLW, Blackburn, Windsor Star and in the United States on NBC, ABC, Connecting with Kids and FOX. Nationally on CNN, MSNBC and Fox Sports. In July 2001, the league was profiled on a segment of HBO’s Real Sports. Articles profiling the league appeared in People, Family Circle, and Rotary International magazines. In January 2002 the Miracle League was awarded the Martin Luther King Humanitarian Award and on January 24th PAX TV’s “It’s a Miracle” told the story of Conyers Miracle League Player Lauren Gunder. One of the greatest achievements was being inducted to the Baseball Hall of Fame in 2006.  Miracle League was featured in TIME, Sports Illustrated,  and recently received the National Consortium for Academics and Sports Award.
Presently there are 277 Miracle League Organizations across the United States, Puerto Rico, Canada and our newest member in Australia. The Miracle League is proud to serve over 220,000 children and adults with disabilities.

The Miracle League believes;
“Every Child Deserves A Chance to Play Baseball.” 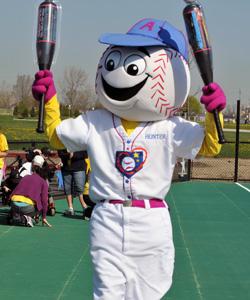 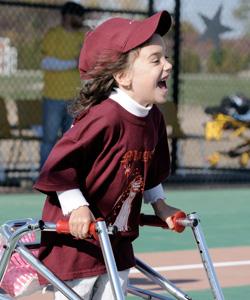